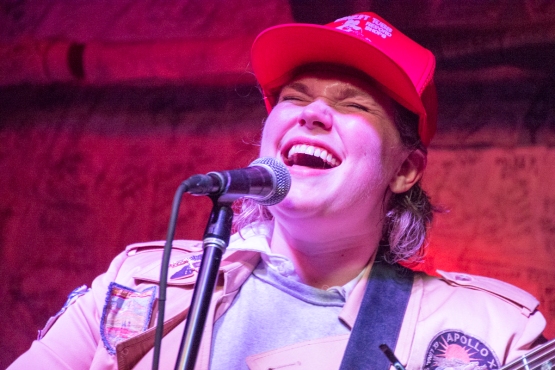 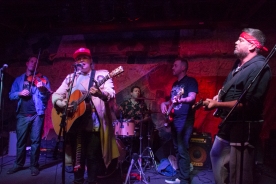 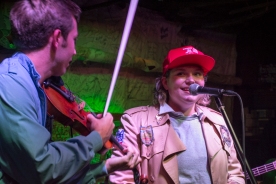 I spent Halloween in NYC dressed as a Whiskey Gentry fan. I know, that’s not a costume. But costumes cost money and I tend to spend all mine on band gear and food.

So the bad news is that lead singer and acoustic guitarist Lauren Staley lost her voice and the show was way too sparsely attended for my liking. The good news is that they still fired off their best songs before letting fiddler Rurik Nunan take over as lead singer and I got a front row seat to watch one of the most energetic Americana bands on the planet do their thing. Lauren regained her voice toward the end and they ended on the comical “Here’s Your Song.” I have a clip of it which really stars the drunken antics of Tom Cheshire and the Shop Boys.

Oh, and they were dressed as the Goonies for the entire show. Which is pretty chill.

I think I’m going to make it a tradition to share some amazing lyrics with y’all every time I do a concert post. So here it goes.

“In the age of great cities and empires and kings/there were people all roaming around/You must have been that pride that made those men fight/I was the fire that burnt their cities to the ground.”

That’s from “Particles.” And even with the voice thing, the show and seeing my bestie for the first time in months was totally worth getting home at 4 a.m.