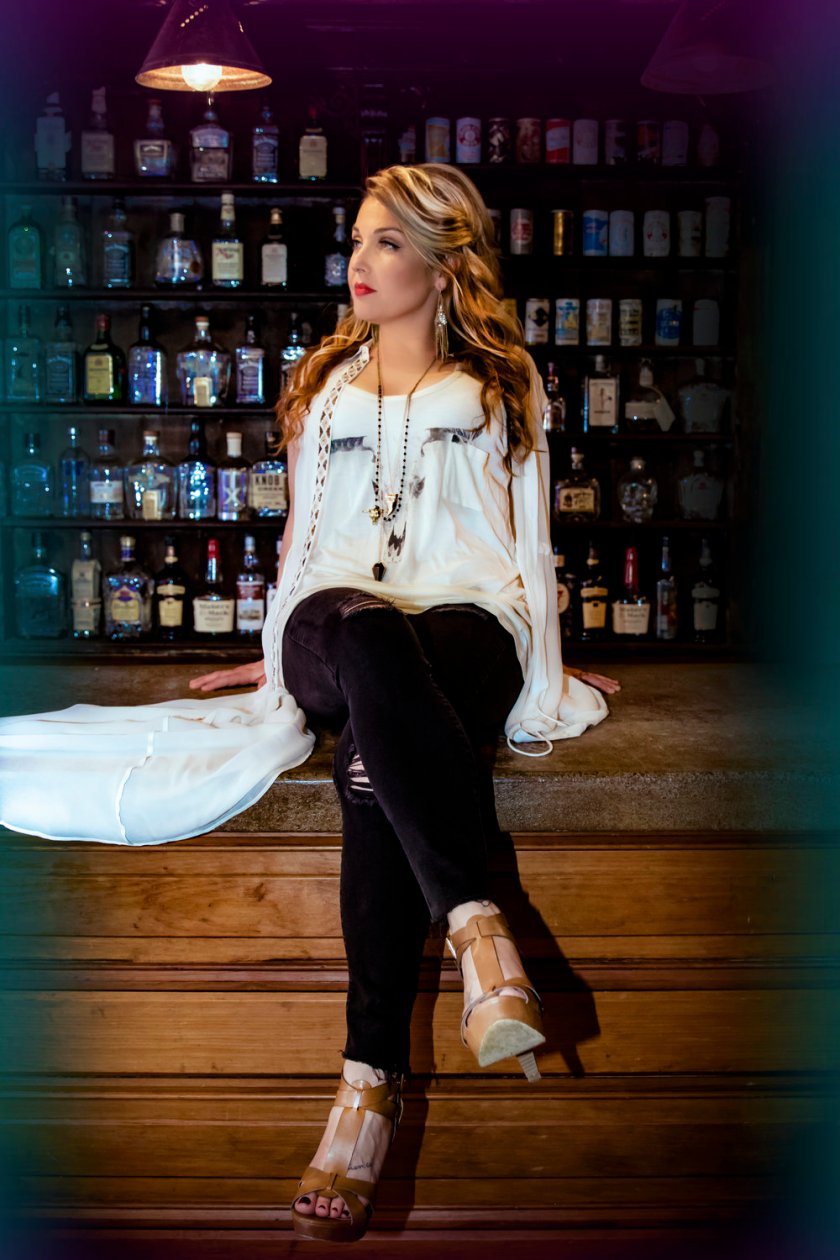 Just about every song has multiple layers and meaning on Trophy, the latest from Sunny Sweeney, which turns name calling, regrets, and even gossip into country gems.

Trophy is the fourth record and second independent release for Sweeney, who became a Texas country favorite with 2014’s Provoked. The album’s title comes from a track that turns an attempted insult into an opportunity to brag. Sweeney delivers the lyrics with a taunting swagger: “Yeah, he’s got a trophy now/For putting up with you.”

“I heard that one of my husband’s exes was calling me names and I thought it would be funny to write a song about it instead of getting mad,” Sweeney said in a phone conversation for the March 20th episode of Country Pocket.

Sweeney teamed up with the influential Lori McKenna on that track and three others, including the uncharacteristically sentimental “Grow Old With Me,” which covers Sweeney’s relationship with her second husband.

“I don’t ever have love songs, but I really liked that one for some reason.”

Sweeney is one of the few songwriters who regularly acknowledges in her music that her husband is not her first.

“I think people don’t want to talk about their first relationships failing. They kind of pretend that it didn’t happen, but it did, and you wouldn’t be where you are if it didn’t.”

Sweeney captures the same energy as she did on her Texas radio number one hit “Bad Girl Phase” with “Better Bad Idea,” a rare song made better by a lack of detail. Wine and weed are specifically mentioned, but for the most part, the singer is only playing up her potential to be wild and challenging her companion to come up with the details. It’s as much a statement of rebellion as it is an over the top act of seduction.

“Unsaid” also leaves a few words out for emotional impact, this time while conveying the pain of being on bad terms with someone who unexpectedly passes away. The first three lines mention church bells and headlights in describing a funeral procession. We hear about a name written in stone early on, but the word “heaven” doesn’t appear until after the second refrain. It’s a strong indicator that the singer is struggling to accept the death, just as the decision to end the song by leaving out the third note of a repeated three-note guitar part had the effect of conveying the suddenness of the tragedy. It’s also Sweeney’s strongest vocal to date.

“Pass the Pain” and the Brennen Leigh and Noel McKay penned “Pills” play around with the idea of judgment and self-awareness in satisfying ways. “Nothing Wrong With Texas,” which came from Sweeney’s move to New York City, is most notable for its fiddle work and the impressive rhyme scheme of perspective/respect is/Texas. The Jerry Jeff Walker cover “I Feel Like Hank Williams Tonight” uses the title as a great double entendre.

“I’ve always wanted to record that song. I think it’s one of the greatest country songs ever written.” Sweeney said of the cover song.

“Bottle By My Bed” takes on even more meanings. The risky track is on its face about wanting a child, but also about reaching a new stage of maturity. Underneath is a feeling that perhaps a deeper, more heartbreaking problem exists for the singer. She says she only calls her husband baby “because I like the word” and describes watching the news at night alone with some beers while he suggests waiting to have a child. Her friends are all busy raising kids, so it’s easy to get the sense the singer feels little in the way of support and companionship.

It’s hard to imagine this review isn’t missing at least one layer of meaning on even the songs described in depth. As enjoyable as these songs are to listen to, Trophy is an album best thought about deeply and played repeatedly. Sweeney’s songwriting will undoubtedly hold up to that level of examination.