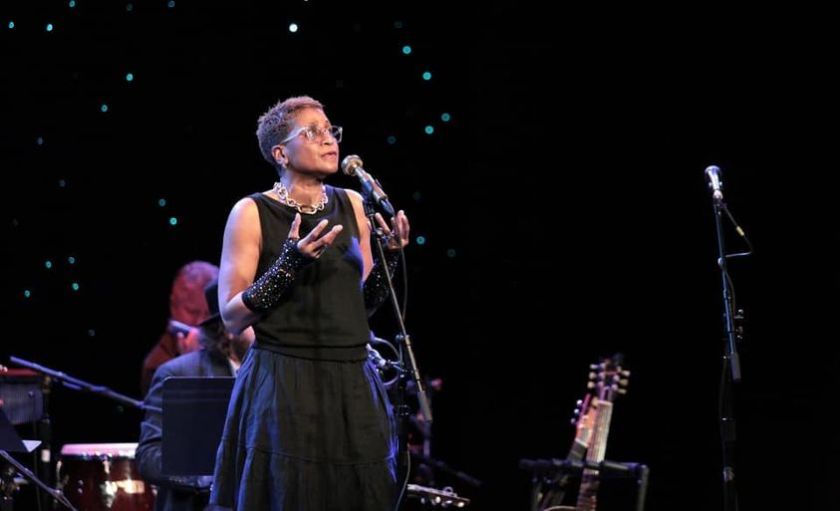 Paula Boggs wrote a song about her enslaved ancestor that ended on a note of hope. King Brewster was born to an enslaved woman and the white man who claimed to own her before being set free following the Civil War and the passage of the 13th amendment. He made a life for himself: he owned property, had a number of children, and registered to vote. When reconstruction ended, his hard-earned gains were stripped away by a newly emboldened white supremacist movement in the south. When I heard the song, I saw parallels to today. The Supreme Court gutted the voting rights act and unsurprisingly, white Southerners are working to wrestle basic rights back from people who look a lot like King.

But Boggs is steadfast in her belief that tomorrow could be better. That hope seems out of place to me, but Paula is informed, intelligent, and has her reasons. Slavery was ended, she explained, because the tools to make positive change were built into our admittedly imperfect system of government. Crazy as political times may seem, that same constitution that finally recognized King as a free man and a citizen still exists, and in a much stronger form than it did back in the 1860s. Boggs, who definitely understands more about the law than I do, thinks we can use those tools to do the right thing. I sure hope she’s right.

Above is the full episode as aired on WUSB’s Country Pocket, including both my interview with Paula and the songs we discuss, starting with the aforementioned King Brewster, which features the great Dom Flemons. Boggs also speaks about what outrage led her to resign from her government post to protest Donald Trump. She’s a real inspiration. You can hear the show live every Monday at 11am on WUSB 90.1 FM or check the blog to watch it as a YouTube playlist. Visit http://www.WUSB.fm and https://www.paulaboggs.com for more.